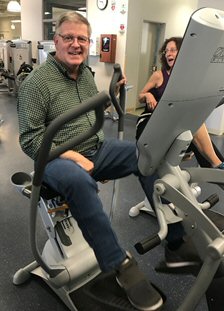 At 62, Ken was an elite level athlete. Biking, running and swimming daily to train for the Ironman Triathlons he loved. Then, his life changed in an instant.  While watching football one September afternoon in 2016, he fell off the couch and crumpled to the ground. Ken had suffered a major stroke. He was rushed to the hospital. Ken developed life threatening infections and his family wasn’t sure he would make it. Over the course of three weeks Ken’s condition stabilized and he was moved to Spaulding Rehabilitation Hospital in Charlestown.

After four weeks he was transferred to a skilled nursing facility in Beverly. Ken’s mother and brother Mark were told Ken might need a permanent feeding tube, he might never walk again – but Ken surprised them. Slowly he began to improve.

In April 2017, eight months after his stroke, it was time to go home.

For about seven months, Ken continued to receive outpatient services at Spaulding Rehabilitation Hospital in Salem. At that point, his therapist said he had stopped improving. They had reached the limit of what they could do. As Mark and Ken were walking out the door, one of the therapists said, “Hey, you should look into SLI’s program.” As Mark tells it, this casual suggestion made a huge difference. It provided Ken with what Mark calls: “Therapy for when your therapy ends.” 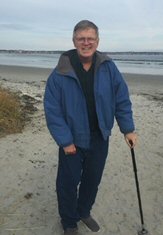 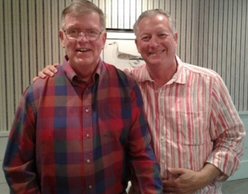 Ken and his brother Mark

Mark has seen real progress in Ken: “The first day we rode the Y elevator, the second day we took the elevator again. Then we started taking the stairs. At first, Ken would step with his left leg and drag his right. Up one step. Up one more step. After two or three weeks, Ken was able to climb with alternating steps.”

Today, Ken reads the paper and walks with the help of a cane. Though he has a limited vocabulary, he gets his point across: When Mark asks Ken if he likes the SLI program Ken always answers, ‘Yes, very much!’