Writing After a Stroke 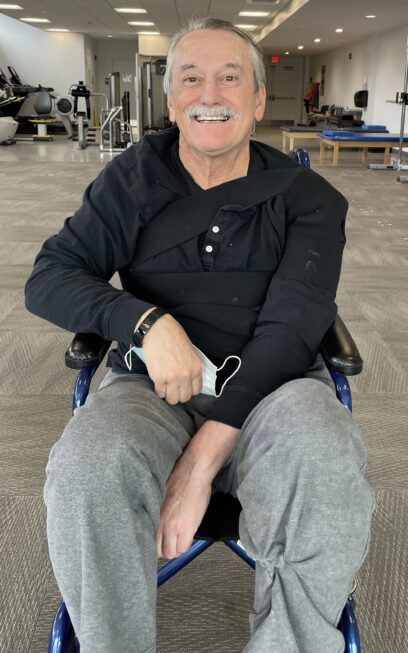 Jed Power, a well-known crime fiction writer, suffered a stroke 2019.  Having completed seven books in his Dan Marlowe/Hampton Beach, NH series he was determined to continue writing even after his stroke.  The stroke left him without movement on his left side.  “I didn’t suffer cognitive or speech problems,” says Jed.  “But writing after a stroke presented major obstacles for me, not least typing with one finger.”

Through extensive PT and OT, and determination, Jed finished his eighth book in the crime-mystery series, The Treasure of Hampton Beach.  “It brought me confidence, just getting it done.  In my eyes anyhow, it was an accomplishment.”  And he continues to write – he is now working on a Screenplay adapting his Dan Marlowe/Hampton Beach, NH crime-mystery series into a one-hour TV Drama. 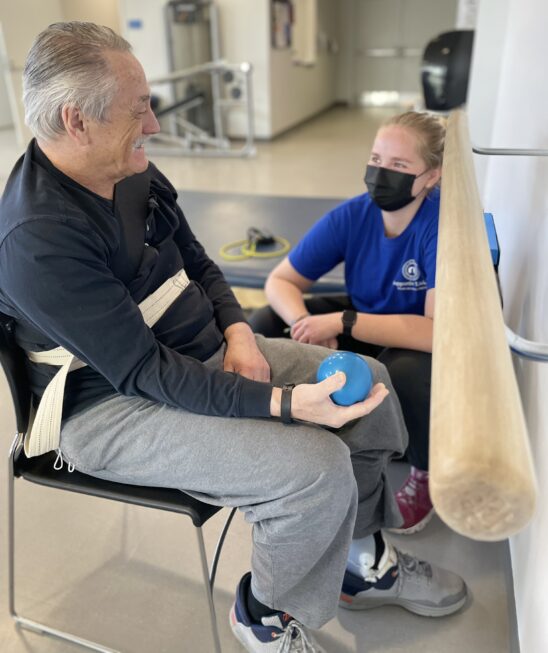 In Jed’s two-and-a-half-year recovery various physical and occupational therapists have helped him, but he discovered SLI’s Neuro-Fit at the Andover YMCA a year ago and hasn’t looked back.  “I really like the Neuro-Fit program at the Y.  The interns suggest exercises that make as lot sense for me personally.  They set goals and measure my progress, increasing the exercise to fit my abilities.” 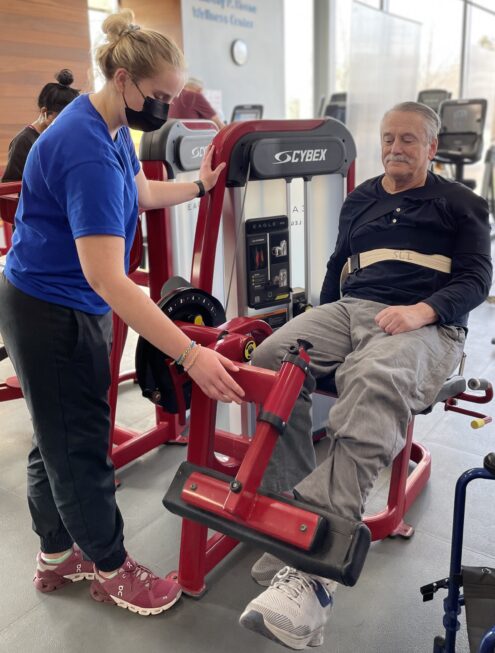 Jed’s short-term goal is to walk and use his left hand again, and longer term is to be able to drive.  He now walks with a four-prong cane and does 200 steps a day without his cane.  “They’re not pretty steps,” he says. “They call it a zombie walk, but good steps come next.”

“I honestly believe I’ve made great progress in the Neuro-Fit program.  I’ve made a lot of progress on my walking but regaining movement in my left arm and hand is tough.  They say the hand and arm come back last, if they come back at all.”

“I can attribute my progress to the SLI program and interns.  They are great – young, enthusiastic, interested in my background and injury and especially in monitoring and measuring my progress.  Seeing my progress gives me confidence, and confidence is half the battle in recovery.”

“I really look forward to the Neuro-Fit classes.  I can’t wait to go to my next class!”